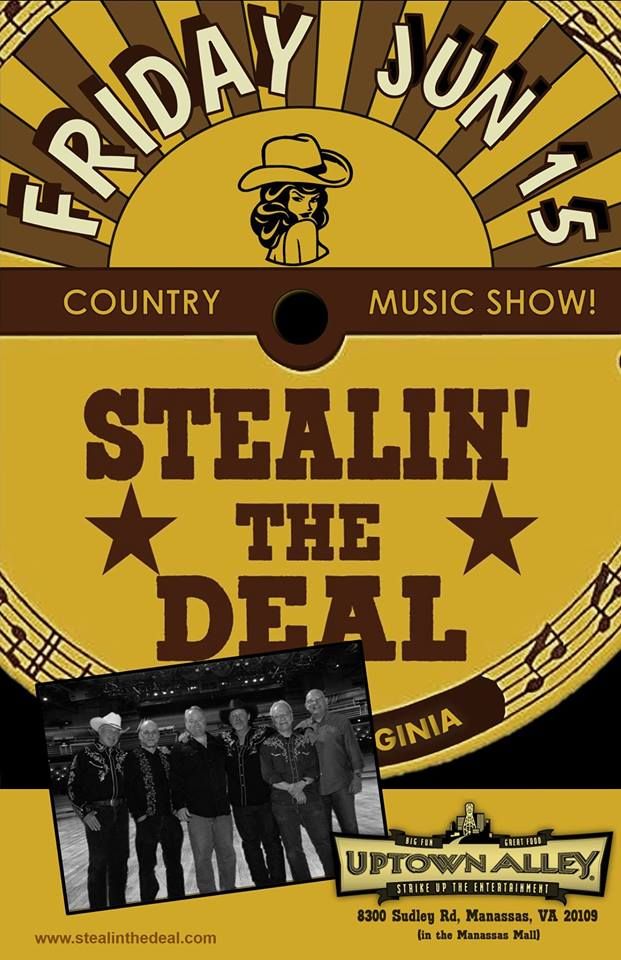 Stealin' the Deal has been described as a "Full Tilt Country Band with a Rockabilly Heart" and their shows and music live up to that description. The band has been a mainstay in the northern Virginia country music scene since 2009 and they've played and continue to book shows at many of the better known country venues in the Washington metropolitan area.  Stealin' the Deal's music is a well crafted blend of traditional and outlaw Country, Honky Tonk, Rockabilly, Western Swing, and most everything in between. Boasting a lineup of veteran musicians with varied and eclectic backgrounds, the band blends these influences to produce a sound and country music show that inspires good old country dancin'. The band is all about making good country music that gets you up outta your chair and having fun every time out.

Live! at JW and Friends